US outperformance over the last decade

Meanwhile, Ex-US markets have returned only a CAGR of 3.22%. 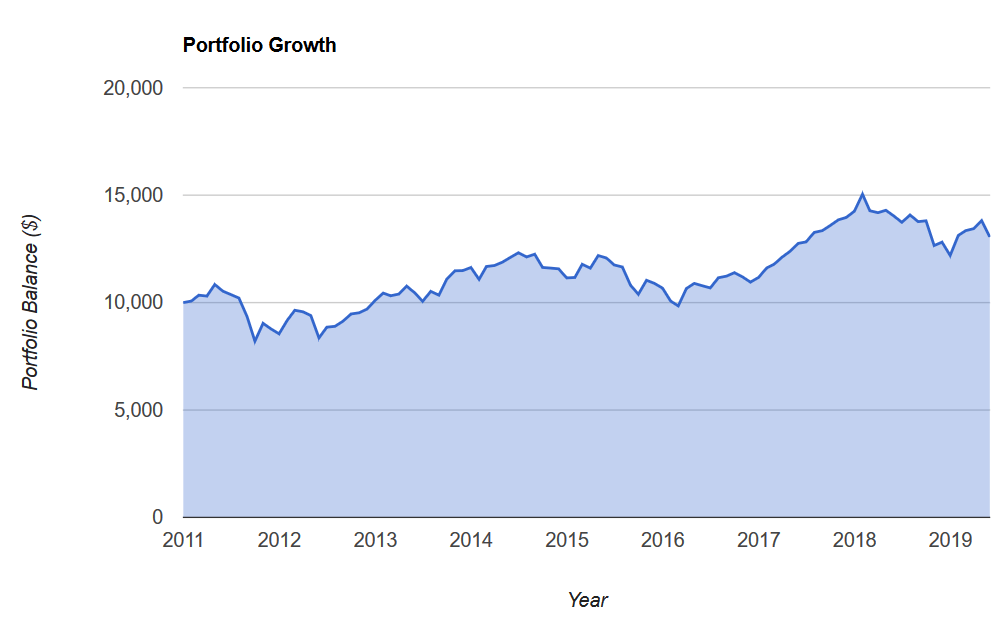 Obviously the US is the place to invest!

The previous decade, ex-US equities did better than US equities. In fact, it seems to interweave up and down over different periods.

Here’s a 2-decade long period just a few decades ago where the US significantly underperformed the rest of the world.

The second image shows another view of the same thing — note the 1970-1990 period matching up with the first image.

Market timing seems to make a fool out of most of us.

Level 1 investors buy what has been moving up, only to find the market reverts to its mean.

Level 2 investors try to outsmart the market by buying what has lagged, only to find the market continues along its run for longer than you ever thought possible.

Level 3 investors realise that nobody knows anything, and they just buy the whole lot and stop trying to outsmart the market. At least they are guaranteed not to be made a fool of by the market and instead can get the market return and not less.

US outperformance over the long term

What about over the long term?

Here is an article that shows market cap by country pictorially from 1899 to today. Let’s say you went back to where the US was much lower, and the UK was much higher. You would have looked at the very long history and said that the UK has done well in the “long term”, so you will own more of those above their market priced cap weight, but the US has not done so well, so you will leave those at a lower proportion than their cap weighting. The result would not have been pretty.

And while the US currently makes up over half the world by stock market value, Japan made up 45% of the global stock market in 1989 and subsequently lost most of that value and hasn’t recovered over 3 decades later.

People have all sorts of reasons for overweighting or underweighting different markets. A market could have overperformed, leading them to want to overweight or underweight it (based on being level 1 or level 2 investors above). Or they may have read how emerging markets have a lot of potential as incredible numbers of people are moving from poverty into the middle class every day and want to invest more there. Or they may have seen how this has not helped over the past decade and think they will somehow know when it will turn around.

All of this is conjecture based on nothing more than arrogance. Nobody can predict the future.

When you finally reach level 3 and understand that nobody knows nothin’, every time someone tells you why you should invest more or less in a specific market, you can learn to just tune it out and ignore them and be happy with your globally diversified index funds.

From an American perspective, this is reasonable.

The US market holds no currency risk for them, unlike for us. It is also so diverse that they can invest only on that and should be ok, just likely sub-optimally — this paper by Vanguard shows that a ratio of around 70/30 US/ex-US has given better risk-adjusted returns.

Contrast that with Australians, and you have currency risk with both US and ex-US markets. So along with the reduced diversification, there isn’t any reason for a preference for US over a global stock portfolio.

But in a US market crash, the whole world crashes, so diversification outside the US doesn’t help

Over short periods during a crash, yes, the whole world crashes with the US, so in that sense, diversification may not provide a benefit, but over more extended periods, stock markets tend to correlate more closely to the economy of the country, and for some periods the US outperforms, and some periods other countries outperform the US, and it is during these longer stretches where diversification helps. You just need to avoid focusing narrowly on one part of the economic cycle to see it.

This is why the often-cited argument that there has been an increase in the correlation of global stocks over time is misleading — because while the global stock market tends to move up and down in the same direction, correlation ignores the differences in magnitude between different markets over time.

A Wealth of Common Sense

I make every effort to keep content relevant, up to date and accurate. However, due to the fluid nature of financial information (e.g. bank interest rates, investment returns, product fees) it can be difficult to do so. As such, Passive Investing Australia makes no guarantees that anything written on the website is accurate or factually correct, and we are not liable for any loss caused, whether due to negligence or otherwise arising from the use of, or reliance on, the information provided directly or indirectly, by use of this website.